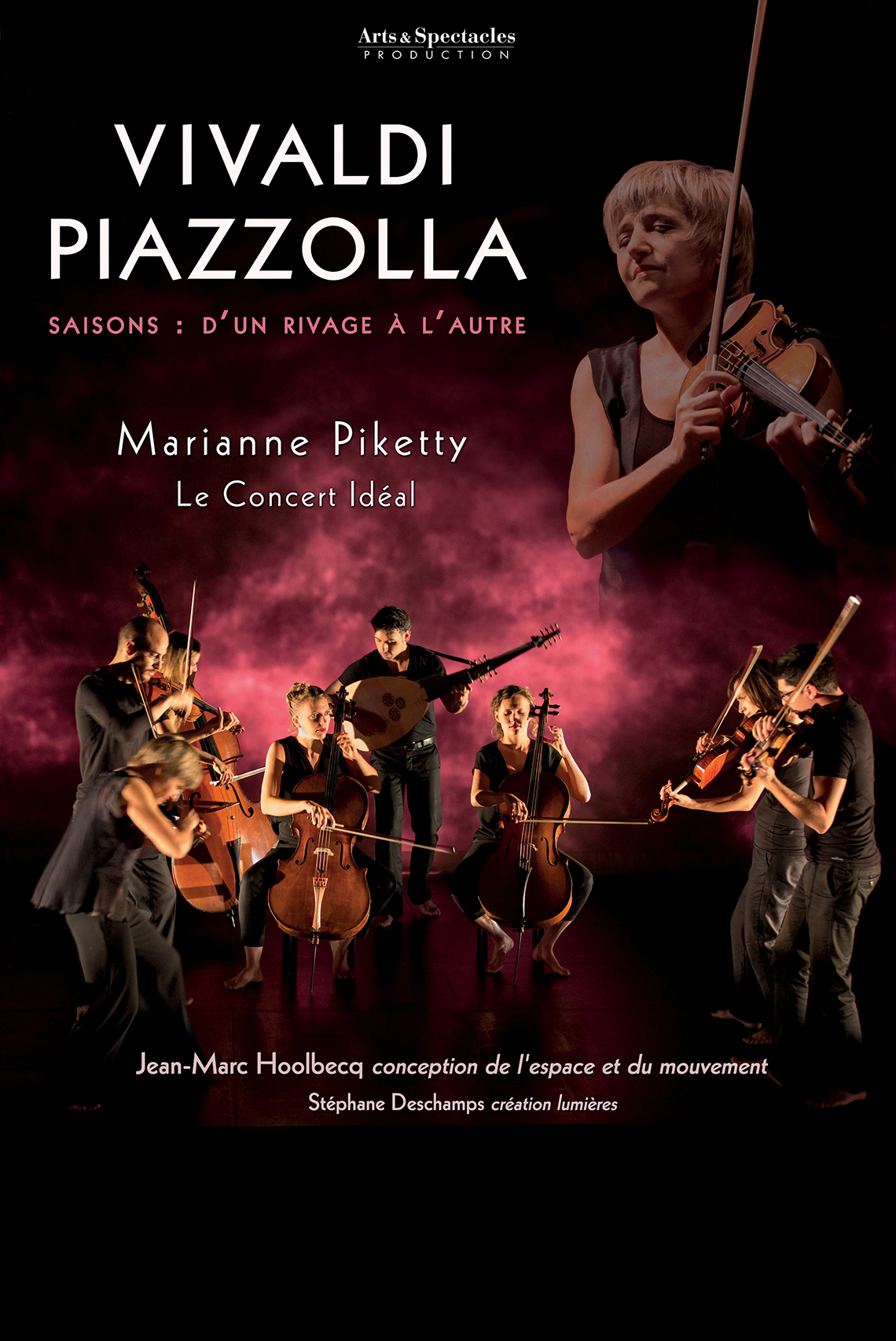 The singularity of this show is to be met during the same musical moment two great masters, two sacred monsters, two styles, two eras, two continents, two inspirations: one pastoral, the other urban.

The dialogue is amazing, the meeting is luminous, the two writings hug, overlap, merge, end up forming a single body.

A body that requires only one thing, to vibrate, to move and to embrace space. The body of a musician when he is not in the pit, when he is not led by a conductor, shows remarkable vivacity; he is on the lookout, he is animal. We discover the sharpness of the looks, the precision of the gesture, of each sign. Bodies, faces, instruments, bows, draw the premises of a ballet.

It is important to make this concert not only a concert to listen to but also a concert to see, that the spectator can both receive the beauty of the score and the physicality of each musician. The choreographic writing will be a stage writing. It will be a question of building a space where musical rhythms and visual rhythms will harmonize. This architecture of space will be based on an extremely precise light scenography which will magnify the only two heroes of this adventure: music and musicians.